We woke up really early in the morning. Shower and getting ready. Aiman and Alim brought the luggage and bags downstairs while me and mother cleaning up the apartment for the up-tenth time. So but no sad, that was the feeling that morning. 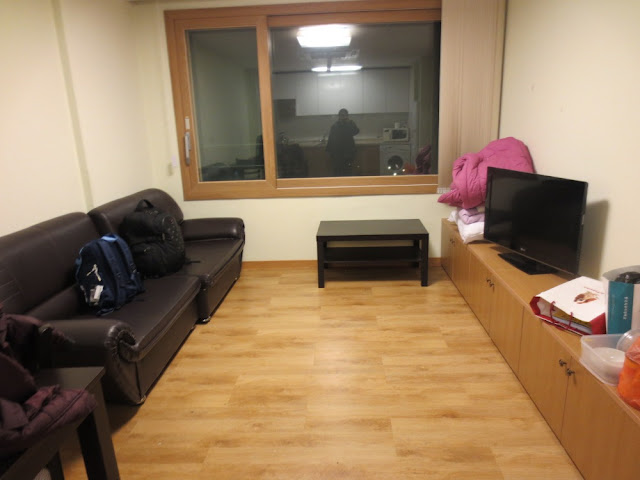 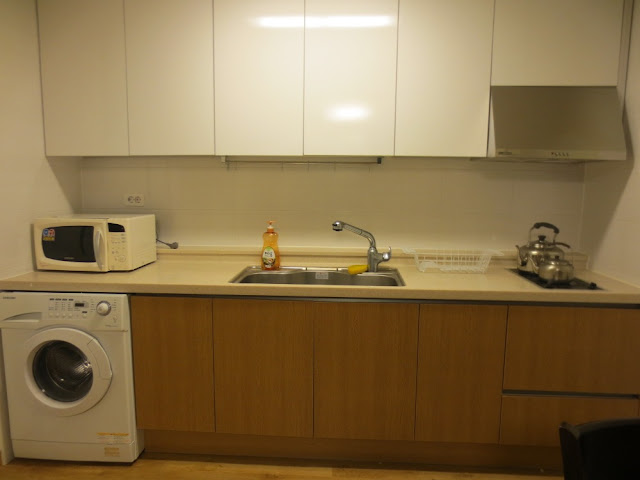 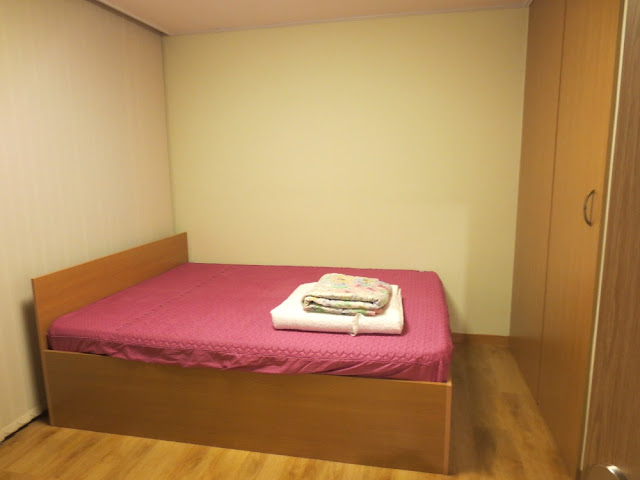 At 4.30am shart, the taxi driver arrived at the apartment arranging us and the bags in the van was another story. And finally we managed to be on the road to Incheon Airport by 5.15am. The journey was smooth and it took 1 1/2 hours.

Checking in was smooth even though there was a bit of problem. The lady at the counter found out that mother's working visa expired 2 days before that. Even mother did not realised that. So me and mother went to the immigration office to cancel the visa and handover back the alien card (the card produced to working foreigner in Korea). In the mean time Aiman settled checking in the bags and luggage.

We had to take pictures of the luggage and bags as we were afraid that we might miss any one of them. 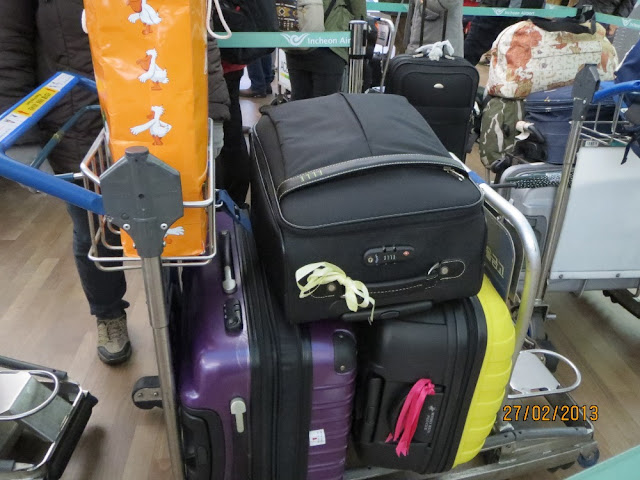 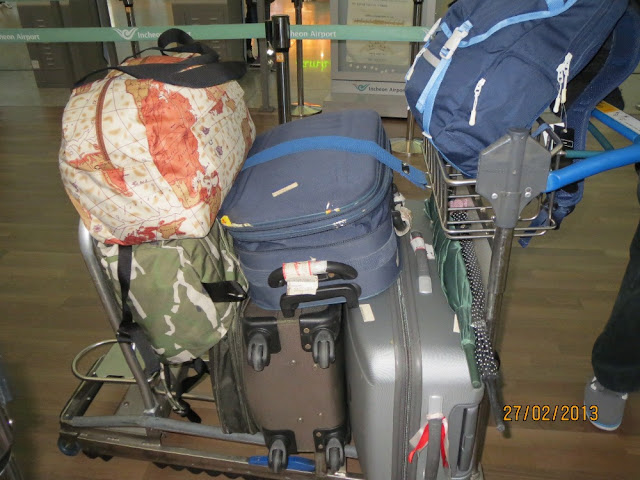 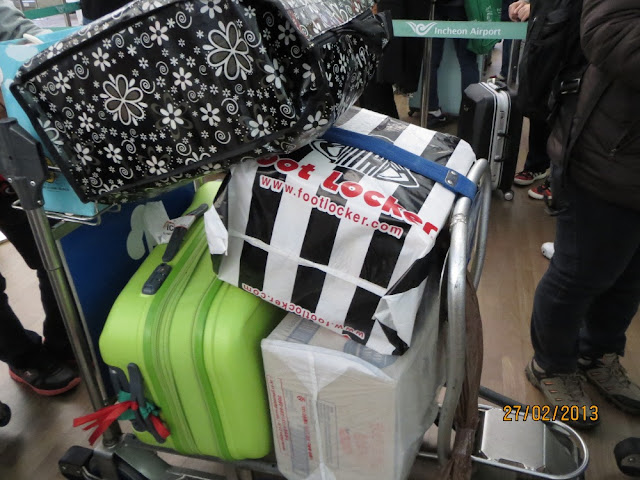 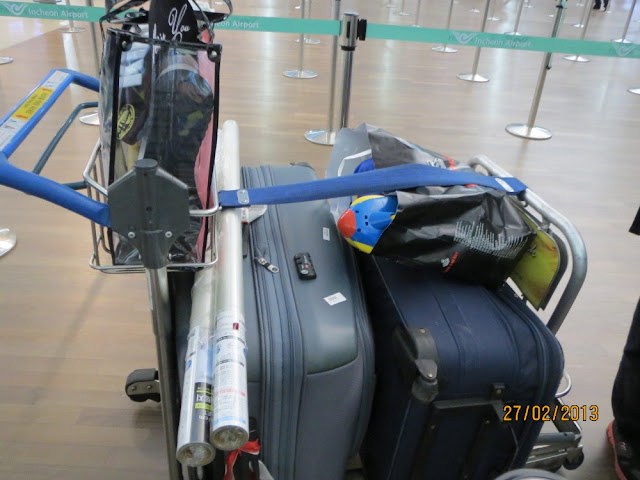 Lana was asleep during the whole process since she does not feel very well. 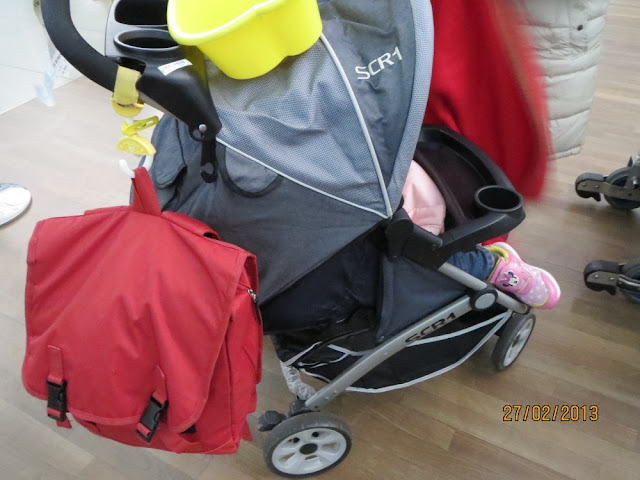 Settle with the whole checking in process, we proceeded straight away to the security check and immigration check. Since I had an experience of how long these processes will take, I was very sure that we had ample time for the whole thing.

I was right, and we managed to spend some time shopping at the duty free shops. Mum bought her favorite perfume and I bought a skin care product ordered by a friend. Aiman and Miza went for tax refund.Then we straight away went on the train that took us to the departure gate. 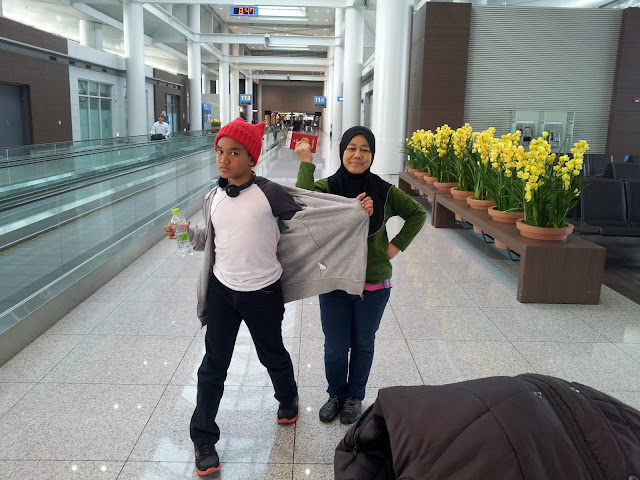 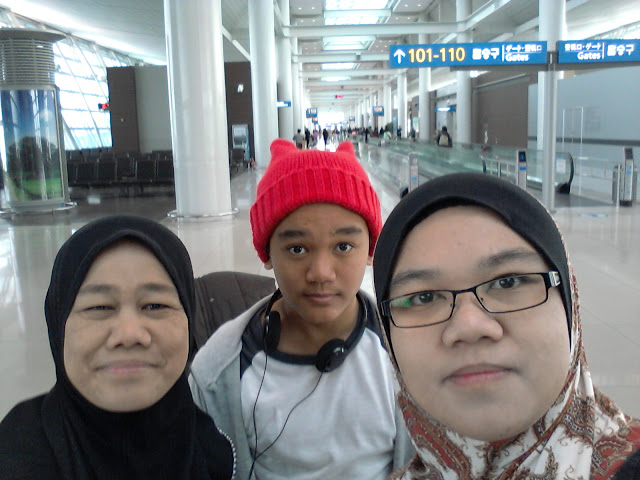 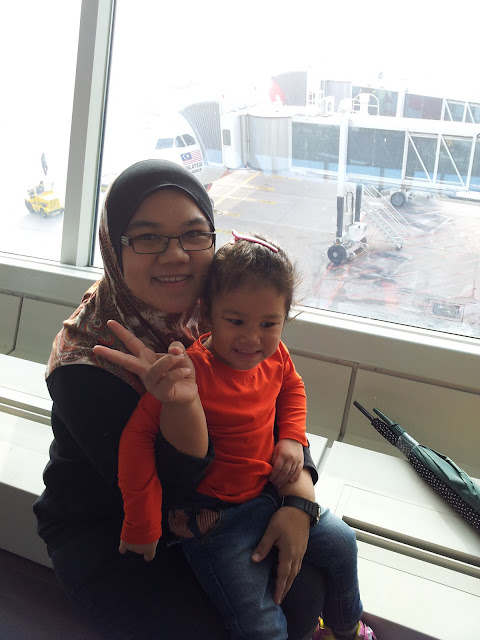 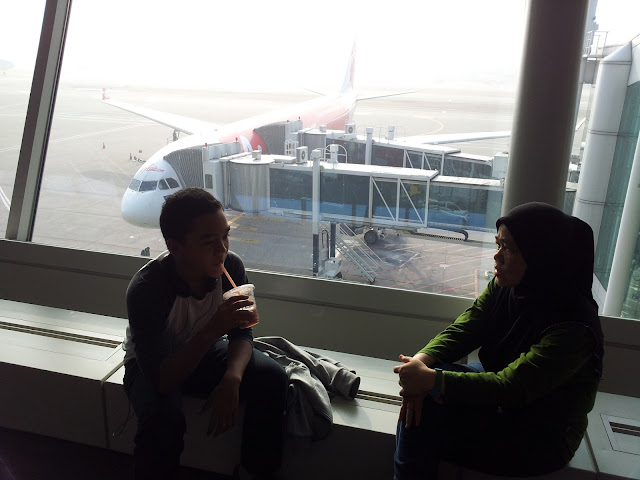 The flight took 5 hours 50 minutes to reach LCCT. Mamat and Maisarah picked us up at the airport. Went back to the house.

Unpacking was a MESS. But we managed it after 1 week, before the house went upside-down again for major refurbishment.

Korea was great. Will definitely go there again. To visit Alim when he go there for his study maybe?
Posted by aliaaroslan at 5:29 PM